Osama Mufti has launched Gannoush at 59 Granby Street which has been more than a year in the making.

Osama came to Liverpool from Syria in 2015 drew up plans for a restaurant back in December 2019, only to find that by the time he was ready to go into business, the world had dramatically changed during the pandemic.

Now, customers keen to sample stuffed vine leaves, aubergines and Middle Eastern dips can eat al fresco in the quiet lane outside, against a backdrop of a colourful mural paying homage to Granby’s artistic heritage.

But before he could open, Osama spent a month clearing rubbish by flytippers.

Osama said: “I love the diversity of Granby Street and I think the area needs development because it’s been neglected for a long time.

“It was really overwhelming at first when I first got the keys to the kitchen – you couldn’t step on the pavement because it was full of mattresses and broken fridges.

“It took me four to five weeks of collecting things, getting a van and taking things to recycling before the flytippers gave up.”

Osama has now created a little haven with benches, plants and murals and during the day he meets the neighbours, who come to have a cup of coffee and enjoy the community feel.

He added: “Liverpool gave me a home and it’s a great chance to share the cuisine I grew up with, in a neighbourhood known for its resilient spirit.”

As well as popular dishes like falafel and hummus, Gannoush gives Scousers the chance to try less-known mezze dishes like makdous (baby aubergine stuffed with walnuts), and muhammara, a nut and red pepper dip.

Osama said: “The Syrian cuisine has a really great balance with meat and vegetable dishes – I’d say more than 60% of the Syrian cuisine is vegan. It’s just a case of introducing these dishes to the public.”

The launch of Gannoush marks the beginning of a dream that was almost destroyed by lockdown.

He had planned to open much earlier but when the pandemic hit he was forced to adapt launching his first business, the burger and dessert kitchen Sammies, in the middle of lockdown as a delivery-only service.

He said: “It was extremely difficult at the start of lockdown, as it was so hard to find places to print leaflets, buy equipment and hire staff. You had to queue at Asda for an hour just to get some tomatoes. That time was just crazy.”

Thankfully, the gamble paid off, and Osama hopes his latest venture will allow diners to celebrate the post-lockdown summer.

He said: “I really hope to see people coming and sitting outside in the lovely corner and having fresh, healthy food. I’m looking forward to life going back to normal and people being able to enjoy a meal out.”

Receive ECHO newsletters with the latest news, sport and what’s on updates by signing up here 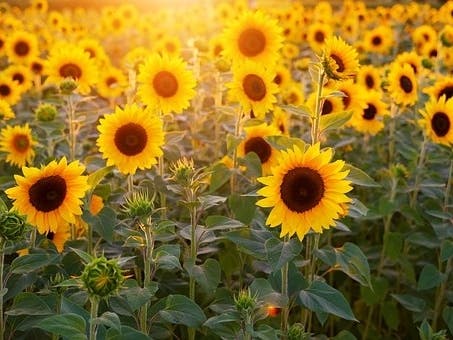