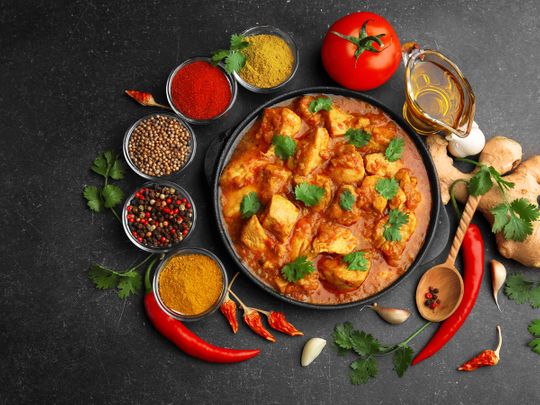 Where is curry actually from – is it Indian or British, or maybe Thai? How did a whole lot of saucy dishes made with spices get lumped into just one category, fated to be encapsulated by just one word?

For a dish that’s now eaten everywhere, curry has a curious history.

According to Indian food historian and author Ashish Chopra, to pin down curry’s origins, we need to head back a few centuries, to British colonisation of India. The word curry is indeed from the Indian subcontinent, as most people would have guessed, and specifically has Tamil roots, with the word ‘kari’ being a general term for soup or sauce eaten with rice (or an ancient meaning of black pepper).

According to Indian food historian and author Ashish Chopra, to pin down curry’s origins, we need to head back a few centuries, to British colonisation of India. The word curry is indeed from the Indian subcontinent, as most people would have guessed, and specifically has Tamil roots, with the word ‘kari’ being a general term for soup or sauce eaten with rice (or an ancient meaning of black pepper).

When the Portuguese arrived in India’s southern coast at the beginning of the 15th century that word was changed to ‘carel’ as a sweeping term for India’s food. “Then the British came to India in the early 1600s and anglicised the word – and thus arose the word curry to describe a wide range of stews made of tomatoes and spices served with rice,” Chopra, who was the culinary consultant for ITC Hotels, India’s third largest hotel chain, said.

Which means curry was never a food group in India, and is more an all-encompassing term for the food their local cooks used to make for the British in India.

A second version of the history of curry exists, said Chopra, and this attributes the first mention of curry to 1700BC Mesopotamia. Evidence of curry-type dishes and ingredients have been unearthed from the time period, including the use of turmeric and ginger, two key ingredients of the curry. Which means curry might have been eaten in some form thousands of years before the British presence in India.

Chopra’s definition for curry today is what ‘kari’ originally alluded to – an amalgamation of all gravies, be they soups full of vegetables and spices, or stews. “The differences just lie in the spices used. There’s a lot of confusion about curry, but I’d say any dish in a liquid form is a curry. A broth full of vegetables and beans is a curry. There’s no specific definition, unless you look at a dictionary.”

The Oxford English Dictionary defines a curry as ‘a South Asian dish of meat, vegetables, etc. cooked in a hot spicy sauce, often served with rice.’

Now let’s get to the country with the most variations of curry. Chopra summarised this for us with a remarkable statistic: There are over a 100,000 documented curry recipes in India.

Versatility is brought about by spices and richness of the gravy, some thick and creamy, some thin and runny. Each region leans to a specific curry made by mixing and matching local ingredients. “Indian curries have common ingredients throughout – ginger, coriander, cumin, chillies, turmeric, onion and garlic sometimes,” he said. “Even so, there’s some tremendous variations within the country, catering to a population of 1.3 billion, 30 states, and religions from Hindus, Muslims, Christians and Jews, and tribal cuisine with its own flavours. Each community brings their own flavours to the plate, which means there are endless varieties.”

With India being invaded by several cultures, curry took on several forms too. “For example, the Vindaloo came in from the Portuguese. Moplah cuisine in Kerala is curries or certain kinds of stews with an Arab influence. Punjab had influences from Iran and Afghanistan and the Mughals, reflected in their luxurious curries.”

In the Northeast of India, curries are made with a lot of greens and one of the hottest chillies in the world called Naga Morich, Chopra says. In Assam there’s the Masor Tenga, a simple curry with tangy flavours using tomatoes and other greens. Manipur has a stew-like dish that’s full of greens and healthy. Nagaland uses zero oil in their curries, using beef with lots of greens and characterised by minimalistic spices, and ginger, garlic, chillies and salt.

“When nomadic people travelled, especially in the Himalayas or cold regions, fire played an important role, and they needed a hot liquid, so they would add dry spices that they had and mix it with the soup or liquid. Which is why Ladakh has the thukpa, a clear noodle chicken soup full of veggies,” said Chopra. Which brought about the Tibetah Shapta, a gravy eaten with tingmo (steamed bao buns) and often made of yak meat. And Bhutan’s ema datshi, a stew of onions, chillies, meats and yak cheese.

Moving to the East, in Bengal a lot of pepper is used with spices and ginger, such as in their iconic mutton curry. The chicken Rezala is another Bengal preparation, this time with Mughlai origins.

Rajasthan in the Northwest has Laal Maas or mutton curry is prepared with dry red chillies and yoghurt.

In the North, the famous Punjabi curries are full of masalas and lots of vegetable oil (or ghee).

Influences of the Mughals are displayed in curries such as slow-cooked nihari or yoghurt-cream korma.

South India is characterised by a use of curry leaves and coconut milk. Kerala has the Meen Molly or fish curry, stewed in coconut milk.

Another example is the vindaloo, a vinegar-garlic-marinated meat dish brought to Goa in India by Portuguese explorers in the 15th century. “The vindaloo was actually called vinha de alhos, and was meat marinated in wine vinegar and garlic,” says Chopra. “Goans cooks got together and reinterpreted it, throwing in spices such as turmeric and chillies. That’s how the vindaloo as it’s known in India was born.”

Curry might have started in a specific country, but it didn’t take it long to become a world conqueror, said Chopra. It’s now truly a global phenomenon – there’s curry in Africa, curry in different parts of Asia, Europe, Latin America.

As cultures borrow and adapt and recreate, today curry means different things to different people, depending on where they’re from.

“Whichever culture or region you belong to, whatever the ingredients dominate there, that’s what goes into your curry now. The Indian Vindaloo for example exists as the vinha d’alhos in Portugal. The Irish stew of mutton and vegetables is a curry. Russians have a stew of cured meat, tomatoes and onion called solyanka. Similarly, there’s the ghoulash in Hungary.”

The historian talked of how the curry ended up in, “Japan of all places, and became so very popular. The country’s curries are mild, thick and sweet. Similarly, Koreans made their curries. The Burmese did. Thailand offers up a red curry using red chillies, a green curry green chilies and lime leaves and lemongrass, and a yellow curry with coconut milk.”

There’s also the fusion curries due to all the mingling of cultures since globalisation. “Times have changed, flavours have changes and taste buds have changed, which means lots of precedence has been given to fusion food. A lot of fusion restaurants are coming up, and they mix traditional recipes with new self-created recipes, evolving and coming up with great curries.”

And that’s pretty much what’s at the root of curry’s appeal – an ever-evolving nature that manages to unite practically the entire world. 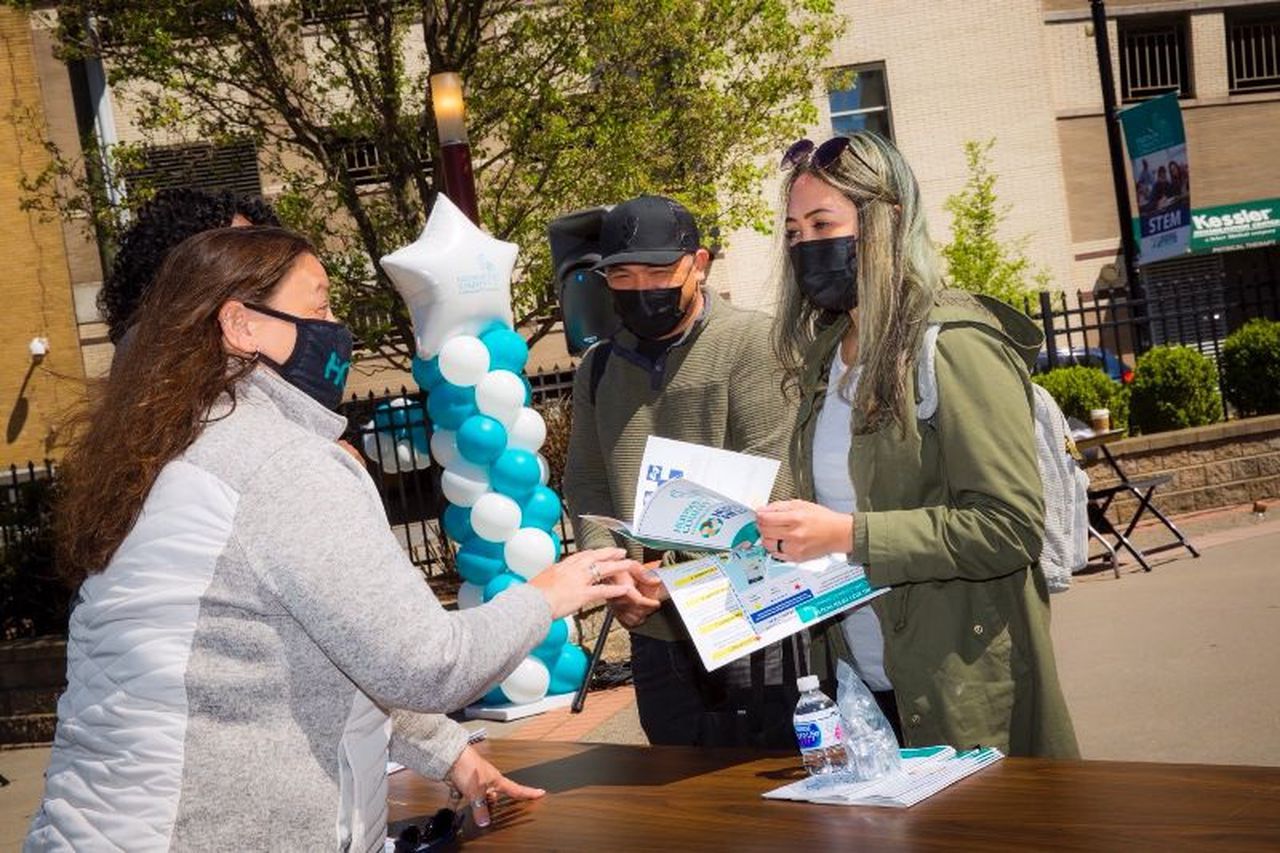