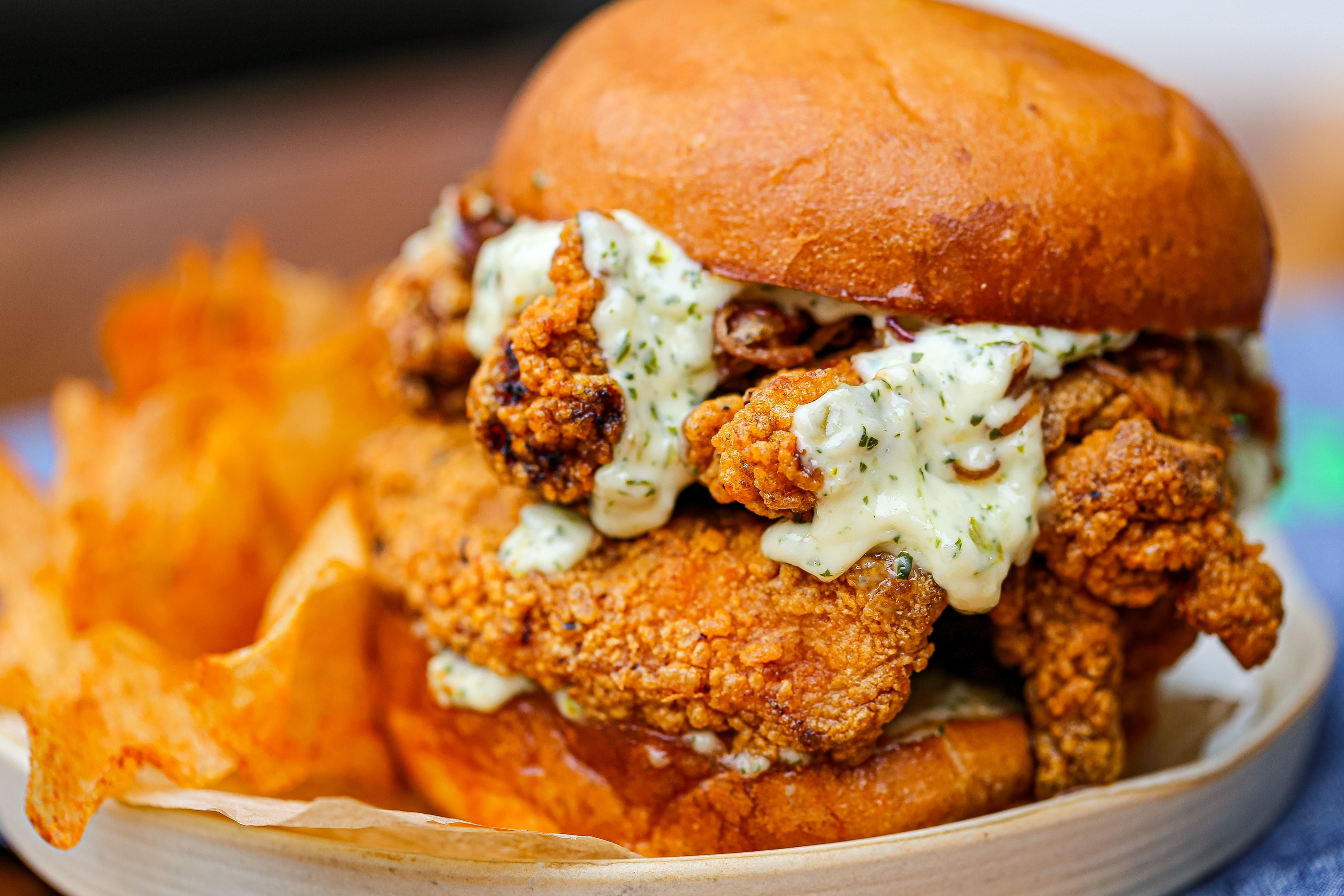 Although new restaurants have been opening in New York City at an exhilarating rate all year long, fall is prime time for new eating and drinking destinations. Call it back-to-school syndrome, the pumpkin spice effect or simply a break from the sleepy summer heat, there’s something about autumn that lends itself to getting excited about dining out.

This fall, the 2021 restaurant forecast is particularly promising. In the weeks and months ahead, we’re looking at three new openings from one of NYC’s best restaurant groups, a long-awaited and highly-regarded British import, offshoots of sushi favorites, exciting cocktail programs, glamorous dining rooms and unending new chances to nab reservations before they run out.

Dig out your boots, dust off your most convincing faux-leather jacket and plan your leaf-crunching route to the most anticipated restaurant openings in NYC this fall.

Originally slated for March of 2020, and in the works for several years prior, this British import will finally open its first, grand stateside location in the coming days. Famed across the pond for its dictionary-thick steaks, Manhattan’s Hawksmoor has several studiously sourced cuts of beef, plus more chops, chicken and fish, starters like tartare, lobster and bone marrow, and sides like mash, chips and a few salads. Its cocktails look lovely, too, and we can’t even blame an out-of-towner for adding an apple martini to the list, given our moniker.

After expanding her small-batch sweets company Tagmo Treats into a meal delivery service last year, chef Surbhi Sahni is growing her NYC culinary operations once more with Tagmo. A long banquette can accommodate twenty for lentil fritters, tandoori chicken and rotating regional specials, an eight-seat bar will serve wine, beer, sake, soju and cocktails and confections will be available up front.

The past several months have brought many happy re-openings, and Beppe Trattoria might have had the longest pause of them all. The original was open a few dozen blocks downtown from 2001-2010. Now, after more than a decade, Beppe 2.0 is getting a head start on fall restaurant opening season at the summer’s end. Its new location can accommodate 65 for Tuscan wines and plenty of pasta.

With some of the best new and established restaurants in New York City (Dhamaka, Adda), Unapologetic Foods will reach even farther this fall with three new restaurants. Rowdy Rooster is billed as a fast-casual spot in the East Village with a fried chicken sandwich like the one they serve at UF’s Rahi. Kebabwala will specialize in skewers in the same neighborhood. And Masalawala will spotlight dishes from Kolkata in Park Slope and hark back to the group’s original ​​Masalawala, which opened on the Lower East Side in 2011.

A new wine bar to follow nearby L’Artusi, B’Artusi will serve lamb meatballs, short rib lasagna and broccoli cacio e pepe with predominantly Italian varietals inside and out on Hudson Street. The same team will also open a sandwich shop called Via Porta right next door around the same time.

Intended as a companion piece to the highly regarded Omakase Room by Mitsu, restaurant consortium The Group aims not just to create fine dining, but the finest dining in NYC. Here, chef Isao Yamada (Brushstroke), has crafted a multi-course tasting for twenty guests at a time at $300 per person with an optional sake, wine, and shochu pairing expected to land at around $150-$180. The menu will change more frequently than the seasons, but detailed preparations of bluefin tuna, uni, caviar and unagi can be expected in the elegant, intimate space.

Raw bar items, handmade pastas, wood-fired steaks, a nice-looking wedge salad and snacks like shepherd’s pie croquettes will fill the menu authored by executive chef Ed Cotton at this 100-seat New American restaurant fashioned after the NYC supper clubs of yore. A plan for tableside martini service is said to be in the works, and, regardless of presentation, at least half-a-dozen variations like Dutch, vesper and dirty will be available. Pickles, garnishes, bitters and tinctures will all be prepared on-site.

The latest from Danny Meyer’s Union Square Hospitality Group (Gramercy Tavern, Union Square Cafe, Tacocina) will be helmed by chef Hillary Sterling, previously of Vic’s and A Voce. Expect an emphasis on live-fire cooking and for Ci Siamo’s Italian-leaning opening menus to include items like cast iron focaccia with tomato conserva, pork milanese with pecorino and caraway and grass-fed rib eye in a massive new development in the west 30s.

Although its original West Village location opened in October of 2019, Nami Nori was quick to accrue accolades before restaurants and bars citywide were forced to shut down just five months later due to the pandemic. In spite of the odds, the incoming Williamsburg outpost will be the second Nami Nori from partners Taka Sakaeda, Jihan Lee and Lisa Limb, who met while on staff at Masa. This one will serve sashimi, crispy rice dishes and new temaki rolls to pair with selections from the sake bar.

With the addition of Noz Market last year and Outdoors at Noz Market this past summer, one of NYC’s best sushi restaurants has been sprawling for months, and Noz 17 marks its first move below the Upper East Side. Although its previous pivots inched toward affordability, its latest is as expensive and exclusive as ever. Chef Junichi Matsuzaki, who oversees the original Noz’s Ash Room uptown will serve 30 courses to seven guests at a time for $395 per person.

Great Jones Distilling Co., Manhattan’s first above-board whiskey distillery since the Prohibition-era, opened last month, and its on-site restaurant is soon to follow. With 78 seats, the space follows the throwback design of its surrounding 28,000-square-feet, and looks like the kind of place that might have been cloaked in cigar smoke back when speakeasies were real. Per Se alum chef Adam Raksin’s menu includes chilled prawns, Cornish hen and a New York strip steak to pair with the distillery’s signature whiskeys.

When West Village restaurant group Blackfoot Hospitality (Little Owl, Market Table, The Clam) expands its outline with the addition of The Mary Lane, a pretty, picture-windowed spot on a cozy corner in the Village. The menu will include a king trumpet mushroom tartare, grilled Hampshire pork loin and a fig tart with whipped goat cheese, lemon thyme ice cream. 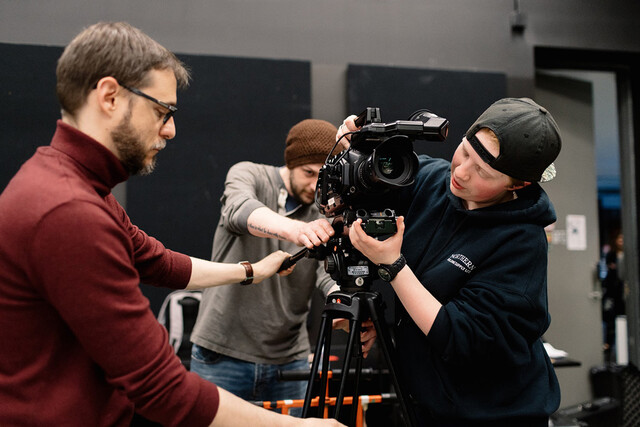