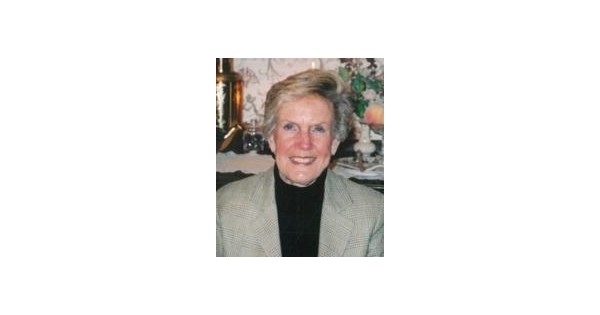 Ruth Elizabeth (Bourque) Coughlin handed away peacefully on Wednesday June 30, 2021 at Greystone Farms Assisted Residing in Salem, NH with her loving daughter Carmel, son John, and his spouse Donna by her facet.

Born in North Billerica, MA, November 7, 1927, she attended Billerica general public schools, and graduated from Howe Large University in Billerica in 1943. She also spent 1 12 months of art school in Boston, MA. Ruth married her beloved spouse, John F. (Jack) Coughlin on June 3, 1951. They lived in Billerica to start out. They then moved to Extended Island, NY, Paris, Falls Church, VA, and lastly to Chelmsford in 1962.

Ruth was a devoted housewife and belonged to a wide variety of golf equipment during her many years. She was a member of The Chelmsford Mates of the Library, The Chelmsford Back garden Club (a person of her favorites of which she was a previous President) and The Chelmsford Paint and Powder Club. She was also a member of the Regis Faculty Guild. Although in Paris, France, she attended and obtained a certificate from the prestigious Le Cordon Bleu. This started her enthusiasm for cooking and entertaining, and she also maintained a vast library of recipes and culinary literature.

Ruth leaves powering her daughter, Carmel (Coughlin) Donoghue and her spouse Kenneth, of Camden, ME, and John F. Coughlin III and his spouse Donna (Masse) of Litchfield, NH. She is also survived by 5 fantastic grandchildren, Cailin (Donoghue) Chenelle, and her spouse Brendan of Mendon, MA, alongside with their two youngsters, Cadence and Piper Chenelle, J. Conor Donoghue and his fiancé Kayla Dugas, of Windham, ME, John F. Coughlin IV and his fiancé Leia Morris of Manchester, NH, Tyler Coughlin and his fiancé Jessica Jortberg of Litchfield, NH, and Meaghan Coughlin and her partner Connor Cote of Merrimack, NH. She also leaves driving pricey nieces, nephews, cousins, and buddies.

The household would like to lengthen heartfelt gratitude to the nurses and workers at Greystone Farms of Salem, NH, for the loving treatment she received over the previous three many years.

Traveling to Hrs will be held on Tuesday, July 6, 2021 from 4:00 – 7:00 PM at the BLAKE CHELMSFORD FUNERAL Residence, 24 Worthen Street, CHELMSFORD. A Mass of Christian Burial will be celebrated on Wednesday at 11:00 AM at Saint Mary Church, 25 North Road, CHELMSFORD. KINDLY Satisfy AT CHURCH. Interment to comply with in Pine Ridge Cemetery, CHELMSFORD. Donations may well be made in Ruth’s memory to The CatholicTV Network, PO Box 9196, Watertown, MA 02471, Attn: Bishop Reed. Funeral Director Paul A. Hardy, Jr. For directions and on line guestbook, take a look at CHELMSFORDFUNERALHOME.COM.

Watch the on the net memorial for Ruth E. Coughlin