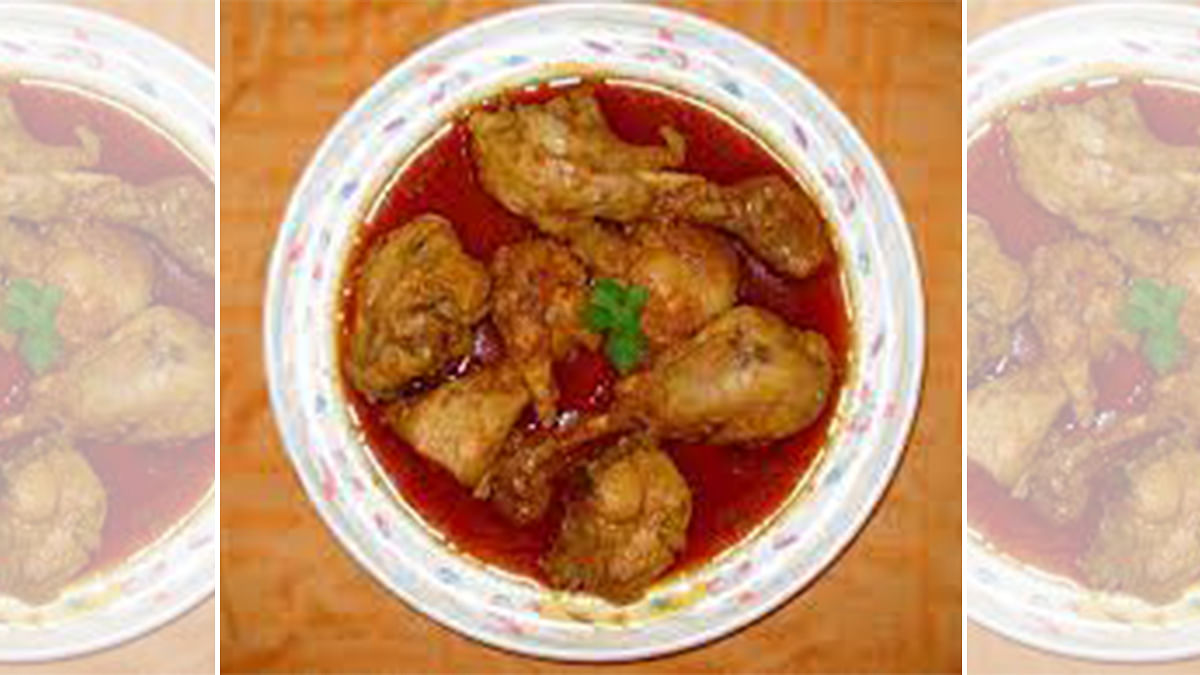 
Over the past few days, social media has become a cauldron boiling over with culinary wars. At the centre of the controversy is 27-year-old Chaheti Bansal, a California-based food blogger, whose Instagram post of denouncing ‘curry’ as racist has gone viral.

Bansal’s Instagram handle, @rootedinspice, has a massive following on Instagram and an even bigger one on TikTok, a feat she accomplished by posting her home-cooking videos online. In her now-viral video, Bansal had urged her followers to “unlearn” the word curry due to its colonial connotations, saying that “food in India changes every 100km and yet still we are using the umbrella term popularised by the white people.”

In the post, Bansal airs her frustration with a trend that began with “white people” who couldn’t “be bothered to learn the actual name of our dishes.” She, instead, offers alternatives to shed its colonial identity by referring to the dishes by their indigenous names.

She suggests that the classic Rajasthani dish made from yogurt and chickpea be called “gatte” instead of ‘curry’ and that momos no longer be called “dumplings” so as to remain true to their identity as street food.

Also read: Why Indians can’t get over Turkish series ‘Resurrection: Ertuğrul’, two years after it ended

Cooking up of a controversy

Bansal’s Instagram post urging to “cancel curry” garnered 3.6 million views after being reposted by BuzzFeed’s Tasty section. It led to an outcry on social media that deemed it ‘silly’. Others came up with a more nuanced criticism and called it an example of ‘south Asian woke politics’ which was being wasted on ‘cultural appropriation instead of real issues like feudalism and corruption.

I want the diaspora to stop using “Desi” & “brown” as an identity, start focusing on actual South Asian issues (feudalism, corruption, etc) instead of “muh curry,” stop sucking themselves off for doing basic tasks. https://t.co/5ZKeLApIuP

Some social media followers also brought up for discussion why Indian diaspora ends up writing about the same issues believing it to be emerging out of a reaction to their shared experiences of racist jibes they received in their host countries – jibes of ‘smelly’ food or being referred to as ‘curry’, a racist slur.

Similarly, “South Asian” emerges as a reaction to a shared experience in the diaspora, namely the dominant culture’s tendency to see us all as “brown.” It is an identity based on opposition, not affirmation. 6/n

In her interview to NBC, Bansal admitted she had faced a fate familiar to many Indians residing abroad — the lunchroom teasing in school that made her “wary of bringing fragrant lunches to the cafeteria”, even though she used to love eating her mother’s hand-cooked meals.

“I stopped bringing Indian food, but then secretly I would have three servings at home for dinner,” she had told NBC.

The debate spilled out of social media when it was picked up by a mainstream news channel which more or less made a mockery of it. The British TV host Simon McCoy called it “ridiculous” and expressed shock about how the British could be expected not to use the word, which already has wide usage. “Even Indians call it (curry)”, he remarked on the show.

‘What is it about people in California? I mean, it’s a curry’

Simon McCoy is not impressed with a food blogger’s claims that the term ‘curry’ is ‘racist’ and should no longer be used. pic.twitter.com/RJSIJiFbM5

Bansal in her interview did agree that the term ‘curry’ was not a complete fabrication and existed in south Asian cuisine, albeit in different forms. What she was hoping to highlight was the ignorance of the “white people” for not bothering to learn the actual names of all the different, spiced dishes of the subcontinent and putting it under the generic ‘curry’, she said.

Reports that quickly came up following the controversy specifically investigated the historicity of the word, which goes as far back as the Portuguese colonists who had apparently borrowed it from a Tamil word Kari, meaning pepper. Kari, however, had a multiplicity of meanings, as the Kosmic Kitchen Cookbook explains. Primarily, it meant “to blacken”, naturally meat marinated with spices was considered as much of a Kari as vegetables cooked in hot spices.

Later, it came to denote any vegetable or meat-based stew mixed with spices that were eaten alongside rice. It could be either “dry” akin to stir-fries or “wet” based on the amount of sauce/soup created.

The word was believed to have been anglicised by the British. In England, its identity was reconstructed to suit the tastes of the English.

What’s in the name, it all tastes the same

So, what does curry mean in contemporary times? Cambridge dictionary defines it as a dish with South Asian roots, consisting of meat or vegetables cooked in a spicy sauce. This perfectly encapsulates the British re-imagination of Indian cuisine, where British curries can refer to almost any dish from India.

But a cursory look over several Indian food glossaries reveals that no such dish exists in isolation. It either refers to the “curry leaves” or is a term used to describe a range of Indian delicacies from coconut-based seafood curries like Malabar prawn curry or popular rich, creamy lentil soup made from butter and a combination of curry spices called Makhani.

Curry has regional sources — Goa’s vinegar-based hot, spicy concoction, vindaloo is one as much as Keema, made with ground meat curry and peas popular across the Indian subcontinent. They are quite different from the curry powder-based dishes unique to Britain.

Author Terri Rolfson explains the cause of such differences in Curries, Chutneys and Imperial Britain. She writes that the adoption of Indian flavours by British imperialists was radically altered to suit their tastes. The recipe was simplified, regional differences ignored and a wide variety of dishes were lumped together in “vague categories as curries and pillaus.” The British version of curry thus became unpalatable to Indians and it was “claimed as their own.”

She also went on to quote historian Uma Narayan who believed eating curries by the colonial rulers was “in a sense eating India… imaginary India, whose allure was necessary to provoke an imperial interest in incorporating this jewel into the British crown.”

Why news media is in crisis & How you can fix it

But the news media is in a crisis of its own. There have been brutal layoffs and pay-cuts. The best of journalism is shrinking, yielding to crude prime-time spectacle.

ThePrint has the finest young reporters, columnists and editors working for it. Sustaining journalism of this quality needs smart and thinking people like you to pay for it. Whether you live in India or overseas, you can do it here.